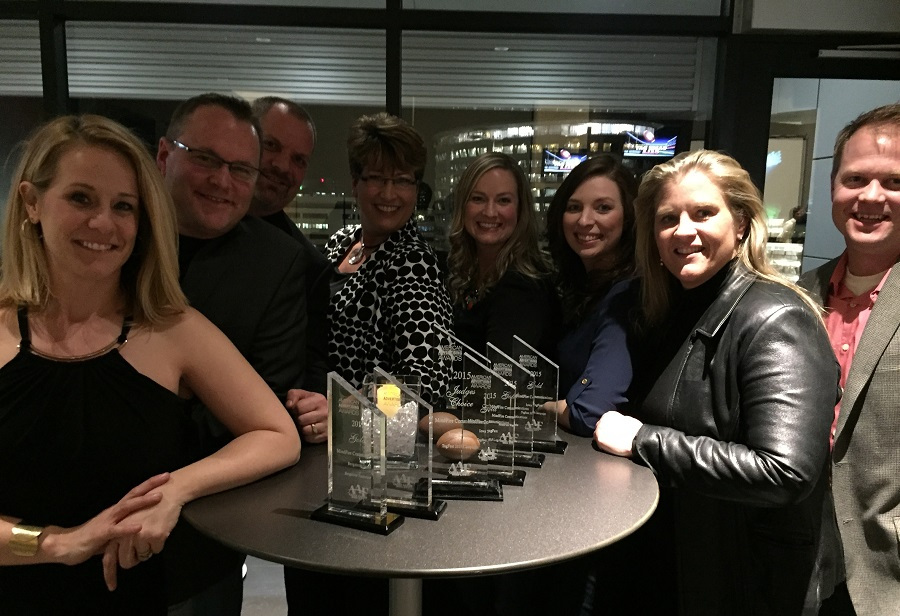 In addition, Mike Smith, co-founder of MindFire Communications, was inducted into the organization’s Hall of Fame. Mike, who retired last year, had a storied career in the advertising industry and played a pivotal role in MindFire’s early growth and success. He had more than 30 years of experience working as a creative writer and concepter with big name brands such as Sony, Nikon, Toyota, Ericsson, Wal-Mart, Blue Cross Blue Shield, Alliant Energy, Mercy Medical Center, John Deere and Hitachi.

“We get our biggest thrills helping our clients succeed – but we have to admit that it’s nice to be recognized by our peers for the work we do, too,” said Lynn Manternach, co-founder and brand arsonist. “We are also excited to have Mike’s successful career celebrated not only by MindFire, but by our peers.”

*This award was selected by Ken Segall, a former marketer for Apple who led the team that created Apple’s acclaimed Think different campaign and named the iMac.

The Network: Young Professionals of the Quad-Cities will announce winner of the award at May 3rd event.

It was a big night for MindFire at the annual American Advertising Federation Cedar Rapids Iowa City ADDY Awards Gala on Saturday.