Are Super Bowl ads worth it? 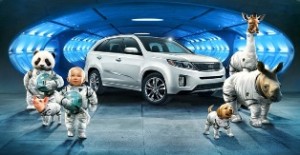 It’s here! It’s here! That magical day in television when the whole country gathers around the TV to see what the creative minds for some of the world’s biggest brands have dreamed up to convince us to buy their product or service: Super Bowl commercials.

Although Super Bowl commercials are a hot topic during the game – and at least a few days after – the $4 million price tag for a 30-second spot begs the question of whether it is ultimately worth it.

A study by research firm Communicus that was summarized in a recent AdAge article suggests 80 percent of the ads don’t actually sell stuff.

"Indeed, the $4 million advertisers spend for a 30-second ad actually buys a much bigger chance that their ads won’t work, according to the Tucson, Ariz.-based firm. In general, Communicus has found about 60 percent of ads it tests don’t increase purchase or purchase intent.”

Communicus reached its Super Bowl conclusions through interviews with more than 1,000 consumers before and after they were exposed to the ads in the 2012 and 2013 games.

What do you think? Is the mere talk value surrounding the Super Bowl ads justification enough for the hair-raising media buy?

Many people argue that most companies would be better off airing 10 spots at $400,000 per spot than blowing their budget on one Super Bowl slot. That would result in some repetition, which we all know is a cornerstone of successful advertising programs.

In addition, Super Bowl spots have evolved to become more about presentation than persuasion. What is it about the Super Bowl that gives otherwise savvy marketers the urge to resort to babies, babes and celebrities, and not much else? More often than not, it’s the entertainment value that takes center stage while the product or service itself is pushed to the background.

On the other hand, people argue that the buzz surrounding Super Bowl ad placements is sufficient enough to make them a smart buy. After all – advertisers are getting so much more than just 30 seconds of air time.

Speculation about the lineup and creative execution begins weeks in advance. Brands get the red-carpet treatment and the announcement of buying airtime on the Super Bowl can even bump up their stock price, at least in the short term.And after the spot airs, the discussions about what ads were the best are endless. According to NBC News, some Super Bowl ads have become so popular that they are being sold as downloads for handheld devices.

Ironically enough, there are studies that claim the ads are worth it and – on the flip side – that they are most definitely not worth it.

So what gives? If you had a big enough marketing budget would you invest in a TV spot during the big game? Or would you use it in another way? WE have to be honest –as marketers it would be awfully hard for us to turn down an opportunity to create a TV spot to be aired on the biggest advertising stage in the country!

Are you setting clear marketing goals?

If you're executing tactics and strategies willy-nilly and without setting clear goals, then you're doomed to fail. Here's why:

When it comes to service, perception is reality

Providing great customer service is all about expectations - yours and theirs.

Sick of hyper-connected world? Your customer may be too!

As we spend more and more time staring at a small, lit-up screen, our desire for offline experiences is growing.